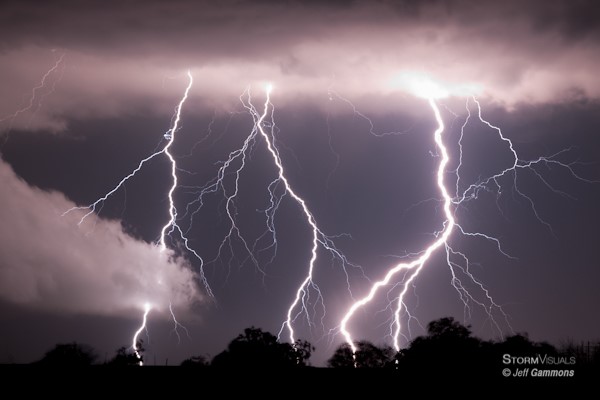 Following the win last week and a midweek loss (by 2 runs) in a friendly which you could argue may not have been taken as seriously as it should, it was important GP continued to pick up points if it they want to push for promotion. With a weekend of expected thunderstorms, getting a game in was the first hurdle to overcome. The second was the depleted batting and bowling line up, with 4 of the top order (Lee, Ben, Pinny and Evo) resting their old bones but more on that later.

Ash worked hard on the Friday to lay the covers for the coming storms and with Tiger and Matty doing pitch inspections on sat morning with a running commentary from Matt, on when it was raining and had stopped, to when it had started again.  The good news was that yet again the hard work paid off and both the strip and outfield were playable.

With the weather for the rest of the day being unpredictable and with potential for sunny spells and thunderstorms, it was clearly a wicket that the toss would be important to win. Back at the helm this week was Ash, who had taken something of a personal sabbatical from skippering, however, after having had a good word with himself, he soon picked up from where he had left off.  His first decision being to let Peterson have the responsibility to toss up, however, why be conventional when a wink, nod and handshake between he and their skipper gives you the decision you want, so we agreed to bat!?!

With our opening Bats in Lee and Ben being away, the responsibility fell to Justin and in a complete reversal of the batting order, the skipper showed faith in his younger brother Josh.  Faith I will say now, was justified and fully proven!  With Ash giving the war cry “I haven’t lost one yet and this isn’t the week to start”, Justin and Josh went about their business.

It was the 29th over before the first wicket fell, with Justin finally being removed following a catch and finishing on 44 after a partnership of 130 and giving GP something to defend. Matt was in at 3, however only lasted 1 over and scoring 1 run, before he was triggered LBW. You could argue it was the ball prior that got him out, having survived what looked like a very good appeal for LBW, only for the away team to be denied but then getting a 2nd bite with the follow up which didn’t look so plum, but was given the treatment none the less by the umpire!

Young Olli joined his Dad in officiating and took up his position at Sq leg, with Simon walking out to replace Matt.  Within two overs Josh found himself in trouble, having taken a walk down his wicket and missing one, which their skip poached upon and quickly removed the bails.  All eyes turned to the sq leg, who suddenly went white and squeaked “not out”.  Now Dot’s eyes may not be as sharp as they once were, but given Josh could have got a cab back to his crease, it’s fair to say it was a little out.  Next ball saw Josh swing at another and miss, with the keeper quickly attempting a stumping.  This time Ollie gave the finger before anyone even appealed, leaving Josh a little bemused as he was still stood within his crease.  However with no arguments (how could he after the ball before), Josh walked off to a well-deserved applause, having scored 73.  With 7 overs left to play, the remainder of the team, quickly came and went, swinging for all their worth.  The only noteworthy mentions were Jonny’s inclusion in the “Duck Club” and Ian’s quick 7, which might have slightly tarnished his averages.  GP finished on 173 for 7.

Tea was consumed (sausage ciabatta and chicken baguettes), is it me or is Mrs A spoiling our boys with these fine lunches?  Much of which was left over (I can only guess the rumors about Tiger dieting must be true).

Into the attack and with no Pinny and Evo, the skipper chose to go with youth and threw the ball to Tiger to open the bowling, with the skip following from the bottom end.  Tiger was first to strike in the 3rd, forcing a catch behind to Matty, and then followed up with one that got skied and collected by Ryan at mid-on.  On a possible hat trick he bottled it, but still finished the over with a grin. Ricki came into the attack in the 6th, after the skipper stood down to let even more youth “have a go”. Tiger caught another in the 8th, after appealing for an LBW, having not realized the ball had gone between the batsman’s legs and took the stumps anyway leaving the visitors on 3-18.  By now GP were starting to look comfortable and Ricki was rewarded in the 10th, having bowled their opener for 10. Tiger snuffled another in the 14th, having got one to go straight up which saw the skipper come running in to take comfortably. In the 16th, Tiger was told it would be his last over and he was desperate to have a go at the first of Gayton’s juniors who had joined the batting attack as to mainly get away from Cameron who was swinging at everything and taking the shine off his figures. With the final ball of his last over he got his first chance and bowling off two steps and providing his best ball of the day, which saw the young bat have little hope as the ball whipped the leg stump bail off. With a chorus of boos from the crowd for shattering the young kids dream, Tiger was seen shrugging his shoulders like it wasn’t his fault but was heard muttering “fu*k it, it’s 5 in the book”.

Ollie replaced Tiger, which saw the average age of the bowlers drop by a decade or two. However he was unable to repeat his performance from Tuesday (4 for 24 in 5) and finished his 5 overs for 19.

However from here on in, it became the Ryan show, with Ryan dislodging Cameron who top scored with 49, following a 2nd catch behind by Matty, who only let 3 byes past all day!! Amazing what straight bowling does, take note senior bowlers.

Then taking another, after Tiger caught one at square leg and Ryan providing his 3rd  in his 3rd over, having bowled a maiden wicket.

With 2 young lads at the crease and Gayton a few runs short of picking up a bonus point, GP did all they could to stop them reaching the 100 mark!  However the youngsters were having none of it and put GP’s fielders to shame, pushing for doubles to what should have been singles. Real pedestrian fielding boys!!

However no sooner had they reached 100, Tiger plucked another out the air to finish the game and see Ryan end his spell on 4 for 11 off 4.1.

Another 20 points on a day where many might not got a game in, could be very useful come end of the season!!

Dot’s Play of the Game: Josh’s 73 and Justin and Josh’s opening stand of 130 which won the game.

Dot’s ‘Other’ Play of the Game:  It has to go the bowler of the day Chris Reed who took 4 -10 for Gayton and then got taken off!! (It certainly isn’t going to our bowlers as despite what the book says, Dot knows it was kids!!)

Did you know: Rumor has it one of our more established players was seen rocking out to 80’s tunes at a local festival.