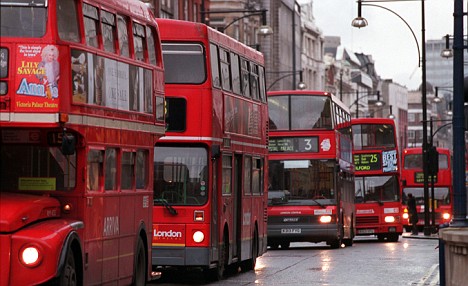 With the disappointment of last week, it was important for GP to get back to winning ways. This week the season entered the second half and we welcomed King’s Sutton to Not-So-Fortress Foxfields.

With A. Day, L. Roberts and M. Everitt coming back in to the side, GP looked significantly stronger, in both the batting and bowling, could they make the difference? The opposition skipper called heads – and it was tails – on a day where the track looked a belter and the outfield was like glass the skipper chose to field – plonker – what was he thinking? Well the strengthened bowling, and following their dismissal for 62 at home in the first game of the season, the skipper was banking on a poor batting display again.

Pinny and Captain Angry opened up and almost immediately King’s Sutton imposed themselves on the game, getting off to 14 off 4 overs (nearly half of what Marston managed against the same opening pair over 20 overs 2 weeks ago). On the second ball of the 5th over Checker dollied up a catch to Jonny Rust, but with his eyes streaming, suffering from hay fever he declined the chance, were we in for the same fielding performance as last week?

The very next ball the same bat plopped another chance to Josh Day – and this time there was no mistake. Another 4 overs passed, with both bowlers going for the occasional 4, but with the first ball of the 9th Pinny got one to swing off leg stump to clip the bail off of the off stump and claim the scalp of the KS skipper. 38 for 2 off 9 and KS looked a little rattled. In the 11th Pinny was back and found the edge twice, Peterson snaffling a very good chance right by his toes, and two balls later one at a comfortable height, and KS were rocking at 44 for 4 off 11. Everitt probed but with little luck. but finishing on 0 for 23 off 7 was tight on a lightning outfield.

With one over until drinks the skip decided to change it up a little and threw the ball to Young Day and asked for him to take some pace off the ball, and it worked a treat with another wicket falling, Tiger Tone making no mistake (WTF? – he’s been snaffling them up this year) with a safe catch at Mid-Off – 15 overs down, KS 64 for 5, the skipper’s decision to bowl vindicated (somewhat). Another wicket fell in the over after drinks to Day the older in a wicket Maiden, “The Three Tuns” missing a straight one, let’s be honest he probably had to play A-ROUND it.

The next 8 overs went for a few, if you went by the book you’d say KS batted well and hit it to all parts, but I think it’s safe to say we’ve never had to field with two fly slips before, Lucky doesn’t even begin to explain Sellwood’s innings. The ball was finding some of the more uneven parts of the outfield, with Lee being sent one way and then the other at deep square, Tony chased an almost certain 4 before it hit a lump, shot left and came up short. In the 25th Josh got one with his first ball (after reverting to pace), taking middle stump, the rest of the over went for a few and after a bit of chirp from “Three Tuns” from the pavilion, on his way to the boundary we heard the witty retort “you get your banter from the burger van” from Joshy.

Ash took another in the 26th and then Pinny coming back on took two in the 27th and 29th to finish the KS fight back. The innings ending on 139 all out, Sellwood making 51 (Christ knows how) before being caught and bowled, Pinny finishing on 6 for 38, and both of the day brothers taking 2 for 46 and 25 respectively. In the absence of Ana and being ably replaced by Hubby Tiger, Teas weren’t yet ready, so Umpire Steve “the finger” Cates decided GP could go and bat for half an our to make sure we deserved the food on show!

With 6 overs to navigate Lee and Ben took 9 off the first 2, then in the 5th Ben was sent back to the hutch LBW, Justin came to the crease and saw out the remaining balls to tea with Lee.

“Three Tuns” and his team filled their boots and looked sluggish walking out after the break, but immediately got the breakthrough, Justin triggered by Catesy (11 for 2 off 7), with a ball that looked to be going over the stumps. Matt “Athers” Young came to the crease to try to steady the innings with Lee, Matty blocked out as many as he could and looked to Lee to keep the runs ticking over. For the next 16 overs that’s how the game went, Lee falling for a well made, but hard fought 42, the score advancing to 57 for 3 off 23. Young Jonny Rust came to the centre and looked to bat as he did last week, but following a few lusty blows fell for 9.

Though GP were going steady 76 for 4 off 27, Pinny came in looking to accelerate the scoring, and take the game away from KS, but within two overs had toed the ball on to his own stumps, falling for another disappointing 1. That brought Peterson to the crease to try to replicate his innings from last week.

Another over passed and ‘Athers’ finally fell for for 24 (from 25 overs – Benedetti-esque!), Captain Angry mooched his way out at 8 to join Mr P – what a very experienced partnership in the middle, with nearly 200 years of experience between them ;). What proceeded was some batting of the highest order, bar one appeal for a potential thin edge, that Mr P is absolutely sure he didn’t touch, Evo and P saw GP home with a mixture of good hitting and running, with 3.3 overs to spare. Mr P keeping up a good run of form, for a disputed 23* (he thought he was hard done by, by scorer Benedetti) and Captain Angry 32*.

A great win for the boys from GP, and many fewer talking points – catches were held, runs were scored, bowling was consistent, pleasing of course that were nowhere near as many extras this week.

Dot’s Play of the Game: Pinny’s 6-38 really strangled the KS innings, but Lee’s 42 and the 7th wicket partnership between Ian and Evo won the game for GP.

Dot’s ‘Other’ Play of the Game: Has to go to Mr P for his two slip catches in one over, they’re like london buses you know!

Dot’s Did you know: and it’s a repeat from last week – catches REALLY DO win matches, from last weeks 9 drops only 1 was shelled, this week GP took 5 at vital points to restrict the visitors.