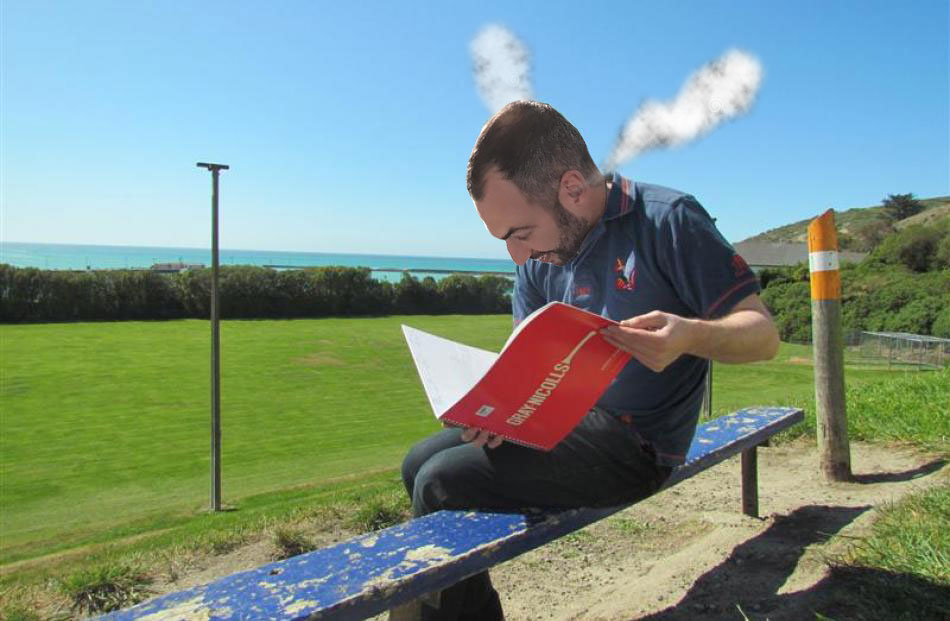 With Dot going AWOL, it’s Noble here to sit in on blog duties.

After a week off (as St Crispins were unable to raise a side for the match on the 18th May), our lads find themselves sitting at the top of table 4 weeks in (and having played an extra game).  Here’s hoping they enjoy the view and don’t get dislodged!

This week, saw GP travel to Barby, a ground they twice visited last year, With both a win and a loss.  It was unclear on what type of team Barby would be putting out and upon arrival, a reasonably youthful side greeted the lads.

The home team won the toss and elected to bat and the Ollie H and Tiger opened the bowling.

The opening bowlers made light work of their openers, with both falling for ducks, with Ollie getting their skipper to nick one behind and Tiger, rattling the stumps of their No 2. This brought in their No 3, who from past experience is simply too good to be batting at this level. Both bowlers were punished if they didn’t get their line or length exactly right and had little choice but to watch the ball dispatched back over their heads when they did so.  The skipper tried to pack the V, but the gaps were found regardless and their No 3 quickly accelerated and found the gap with every other ball.

Tiger had a good shout for LBW at the other end, with their number 4.  However, the umpire seemed uninterested.

Within a couple of overs, Barby were on 68, with 61 of those being scored by their no 3 (Alex Watson) and looking steady.  However, the lad got a little comfortable and must have drifted off,  as Oli delivered a straight one to clean the bails, which saw Oli whooping and dancing having taken the massive scalp! 68-3.

A few overs later and a change of bowling and umpires in the 15th over, saw Ryan come in for Oli and Tiger quickly gave another shout for LBW against their No 4, but this time he was on his todd as the ball looked very high and assume it was simply a rush of blood to the head to appeal for that. However, he was soon rewarded when their 5 popped one to JB and he clean bowled 6 with a snorter (where did that come from?), leaving Barby 74-5.

Ryan struggled to adapt to the artificial wicket (minus the big step from last year, which in credit to Barby, they have worked on to eliminate) but GP were asking all the right questions, when the skipper had another shout for LBW (against their No 4 again) ignored by the umpire.  However, was again rewarded with his 4th and last of the day, when Justin clung on to another (fine catch Sir) and young Lucca came in to replace him, once his spell was finished. 105-7.

Lucca was quickly rewarded with when he bowled their No8 for a duck and Riki replaced Ryan to make his debut for the season had more success at the other end and was rewarded with a successful LBW appeal against their No 4, who didn’t look very happy with his own umpire at the call.  However, given the two previous appeals went his way, not sure he has much to grumble about. 107-8.

Lucca bagged another when he forced their 10 to send one skywards to Jonny, who held well, leaving Barby 108-9.

Looking like it was job done, the boys already were looking over to the pavilion and thinking of teas.  However, the final pair put on a good show and gave Barby a “wag in the tail”.  Oli came back in to finish his overs, but simply couldn’t find the ball to wrap it up, which meant the skipper turned to “old faithful” and told JB to tempt the kids to come and hit him.  Well “Old Faithful” didn’t disappoint and the young mans eyes lit up when he saw JB’s first ball.  However, he didn’t make a good connection and could only swipe it to point where “shovel hands” Ben was waiting.  He don’t drop them at that height and Barby was all out for 144 (thanks to that final pair).

The usual top quality lunch was put on and GP then had to go about their business..

Justin and Jonny opened the chase, with neither in any real rush and happy to punish the odd bad ball.

The only moment of discussion early on, was when JR swiped at one down leg, with a big cry of appeal from behind the bowler. With no bat involved, possible glove but no noise and lack of appeal from the keeper, the umpire (Tiger) didn’t seem interested and Jonny went for his usual walk and word with himself, which gave the home team “hope” he was walking.  When he stepped back, some words were exchanged but JR seem unfazed and he continued on.

From there, Barby appealed anything that hit the pads but nothing really troubled the batsman who found the boundary with reasonable ease, especially Jonny who hit some mighty blows with 4/5 6’s.  JB chipped in a bit and did his little walk to the other end, to ground is bat when he found the boundary (oppo mush have loved that) and GP soon reached 123.  A change of bowler saw JB miss a straight one and depart on 30.  However, it was JR who had done all the heavy lifting and sitting on 83 when he watched JB trudge off, questioning the appeal.  Ryan didn’t hang around and quickly reached 22* and having nearly killed a small child in the crowd, with JR getting to 87* to chase down the score and give GP the victory.

It was funny to watch JB quickly check the score book upon his return from the middle and make his usual claim he’s been done short of runs.  However, the oppo’s score book also had him on the same number of runs (well 1 out, not the 20+ JB was claiming) with the exact same number of 4’s and 6’s  – so will leave it to the jury to decide upon that 😉

Another 30 points in the bag and with the next game against Higham, who are also unbeaten so far.  Next week’s game should be a good one!