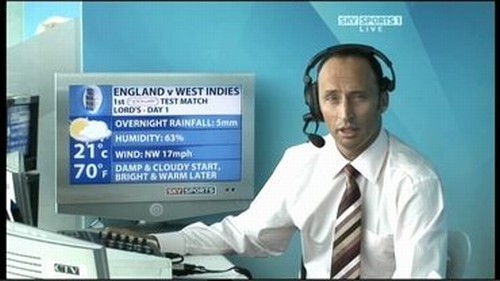 On what was the hottest day of the year so far, GP travelled to HITH – without some key players!!  Lee, Evo, Pinny and Josh were all absent for one reason or another, this surely wasn’t the team the skipper was hoping to field, in a match which would likely determine who would finish bottom of the league.  Making the best of the resources available would be key. The skip put his team to work having lost the toss, we were put into bat.

Craig and Bionic opened, though Craig soon found himself walking back to the hutch, getting run out for 7 following a lack of communication between himself and his opening partner.  Ben wasn’t far behind, having one pop and come off his glove for a catch behind leaving him on 3.  Matty came and went, having got off the mark with a nice 4 he was then bowled, leaving Peterson and Shahid to pursue a decent start from the ‘top order’ (our resident Dr who made a welcome return to the nets at Thursdays practice). Unfortunately it was not to be, Shahid was the first of 3 (McKay and Ryan) in a row to come and go for ducks and somewhere in the middle of the chaos Peterson also found himself getting out for 9, having popped one in the air for a simple catch.  This put GP on 32 for 7 Jonny breifely appeard – before being bowled, GP were 36 for 8 with 20 overs still to go.

In next was Tiger to join his skip and with the skipper sensing another humiliating defeat and this time to the bottom of the league team, inspiring words must have been said as both he and Tiger battled and blocked anything straight!

38 turned to 48, then 58 and 68, with the skipper keeping strike and scoring the majority, Tiger chipping in where possible and doing his best to keep the partnership going by not getting out.  In fact, so long was this partnership of 9 and 10,  I understand a formal analysis was done on Tiger’s batting with the consensus being he only has 2 shots, 1 of which has a subset and therefore technically not making it a legitimate 3.

So over to Sky Sports Nasser Hussain for 3rd man analysis. 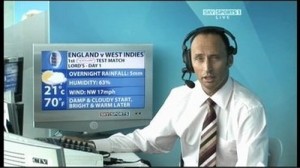 1. Shot 1 – the block. Not your standard front foot plod – knee bent and a straight bat. More of a throw the bat down there and hop about on the back foot.
2. Shot 2a – Back foot lap. This is Tiger’s go to shot and sees the ball dispatched anywhere between Cow and Deep Extra cover – the exact destination is more by luck than judgment!
Shot 2b – same shot as 2a – but with front foot ‘planted’ (moved about an inch) – same result as above.

Ash must have thought it was Christmas when a change of bowler saw blokey bowl the best ever buffet bowling ever and the skip stuffed his face! Hitting the first for 6 back over the bowler’s head, then helping himself to seconds. Unfortunately that bowlers spell was short lived and Hinton returned to their openers in search of the breakthrough.

Frustration was showing on the faces of the home side who restorted to chirping us out – apparently Ash only had 1 shot (which is very insulting as it’s even been proven Tony has 2). The skip replied the only way he knew – by hitting the ball to another boundary and blocking the straight ones. This he and Tiger did to good effect, the skipper carried the partnership for 15/16 overs before Tiger was bowled for 10, but helping GP along to 108 for 9. Last in was Ollie, who played his part beautifully and contributed a very welcome 11 runs to the score, and most importantly helped Ash to get his first ever half century for the club and finish on 63 not out.

With the skipper missing 3 of his main bowlers the job of defending 132 was never going to be easy. Shahid made a welcome return to the fold at nets and demonstrated a bit of flight and guile at nets and was tossed the ball in the second over following on from the skip (who opened).

Shahid bagged his first in his first over, thanks to some quick glove work from our stand in keeper Mr M Young – a stumping. Ash took his first scalp in the 9th thanks to a fantastic one handed catch by Ryan, who simply snatched it out of the air. Craig came on in the 13th over, picking up 1 in his second over, by the halfway point Hinton were 53 for 3, slightly behind the run rate but with wickets in hand.

Shahid was now getting to the end of his spell and bagged another in his 11th over – and finished his 12 with 2 for 25 including 4 maidens. Tiger came on to replace Shahid, whilst at the other end Craig snatched another thanks again to anther great clutch in the deep from Ryan – Craig finished his spell with 2 for 21 and 3 maidens.

With the skipper back on, could he and Tiger reform their earlier partnership and see this game out with a win? With 14 overs left and Hinton needing another 64 and having 5 wickets left, Hinton were going to need to start swinging. Ash and Tiger tried to not give too much away and Hinton took some chances, but found it difficult to score. Tiger finally broke the dead lock having created a run out, after collecting the ball mid wicket and running back and stumping out the non batsman who was left stranded in no mans land. With 7 overs left and Hinton needing a little over 7 an over, this was looking like it would go to the wire. Tiger got his first, following McKay holding onto one in the 34th and got a 2nd two overs later, with an LBW appeal being given. Ash followed suit by bowling the 9th man in over 37 and getting the 10th with the last ball of the over in 39, leaving Hinton all out for 127 (and only 5 short with 1 over to go).
A win is a win and this was much needed, considering it was a bottom of the table clash.
Highlights for this old girl was watching what could possibly be one of the best fielding displays I have seen by GP, with everyone playing there part..
I hope to see more of this next week!!