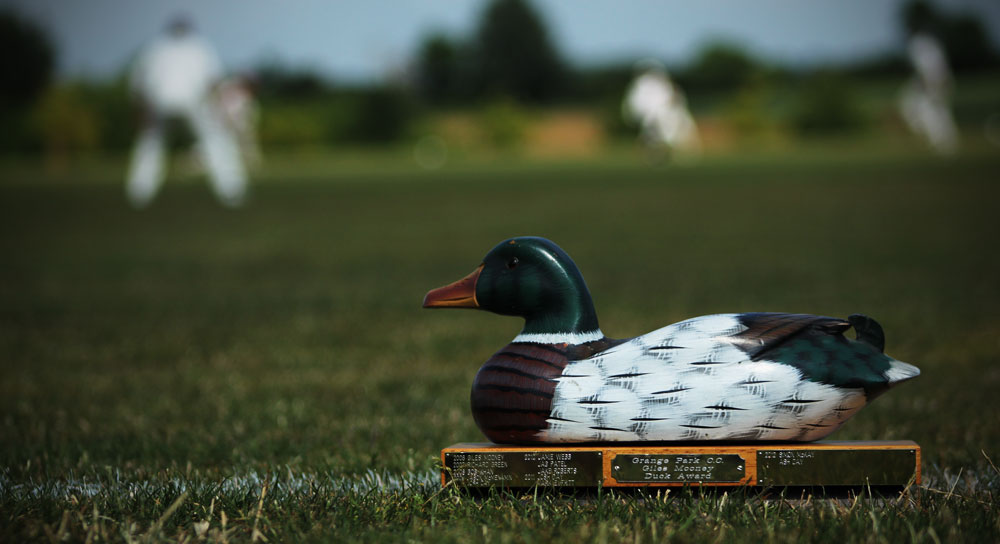 If this game was meant to be scripted, GP certainly didn’t read it, in fact it arrived in the post early was thrown in the bin and they decided to ‘improv’ all the way through… let the blog of film and tv references begin.

On a day that can only be described as ‘scorchio‘ the toss was won by our visitors (in strange circumstances – apparently each person gets to call once a year – rather than just the captain – weird) who elected to bowl, and therefore spend the next 2 and a bit hours fielding in the hottest part of the day. Perhaps they’d seen our recent scores in the weekly round up and thought – skittle them quickly, knock them off and get home – they were thinking channel 4 short stories rather one of those boring lord of the rings (not that I’ve seen any of them).

So to open Skipper ash sent out the sprightly Craig and dependable Lee to open the batting (the usual suspects), it all looked to be coming along nicely when Lee went for a wander and the keeper whipped off the bails, one down… Shahid sauntered to the crease and within moments was sauntering back, in what can only be reminiscent of a scene from – Brothers Young – the tale of two that cannot run (not an actual film – but there should be one)… Pinny (lock stock and two smoking barrels) joined Craig at the crease and provided a few lusty cover drives – the score advanced to 58 off 13 before Pinny inside edged one on to his stumps for his highest score of a few years (only 25).

Mr Focused (not one of the reservoir dogs – and not like his usual mr Angry – Evo) came to the crease and provided a little stability (12) before getting caught – Matty (he’s our stand in keeper don’t you know – mighty ducks?) scored a quick 6 – well at least it wasn’t a big quacker. Last weeks hero Ash (Save the Last Dance) scored 9 to leave GP on 112 for 6 off 28. Craig was looking like a glamour model (he’d had more partners than Jordan) when Jonny Rust (Young guns) walked to the crease , but the two formed a formidable partnership and took the score comfortably along to 159 before Craig fell for 52 off 37 overs – caught – I missed it (well 52 of 37 – it has that effect) – it was a vital innings and definitely provided the platform for others to come in and score. Tony Adams (field of dreams) came and went for 5 – on one leg it has to be said. Tim (Matty’s main competitor for the Giles Mooney duck award – Milky Bar Kid) strolled out confidently and made 3* – whilst Josh (Kevin and Perry Go Large) found the middle and the edge for 8* and a strike rate of 400 – 180 for 9 – off 40 overs – surely nose bleed territory, something we haven’t seen for a long time. 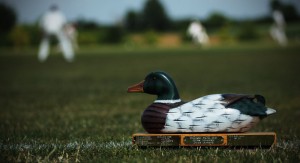 Going back to films and scripts etc the walk off from the oppo for tea was almost certainly a scene from mutiny on the bounty – whose idea was it to go and field for 40 overs in that heat – happy faces there were not! And so to the Evenley innings – one of those summer block busters that turned into a box office failure.

Josh and Shahid opened and there was a little four weddings and a funeral about it – pace married flight, swing married drift, bounce married skid and brain married brawn – all combined for a funeral of Evenleys’ top order – in the late afternoon heat both had combined for a miserly 58 for 4 off 21, with Josh bagging 3 and Shahid taking 1. They were well behind the run rate with an outfield like lightning – surely superman was going to arrive to save the day?…

In short – no, though it came close, but for an excellent piece of work in the deep from Mr J Day – Scott had looked threatening on on 28 but decided there was an easy 2 to Josh’s arm – wrong – there wasn’t a 2 – there was merely a fantastic bit of fielding and a run out – I’ve been to enough games now that when something like this happens it invariably changes the complexion of said game – although Evenley were by no means on top – they were looking to push the score on and were looking to get right back in it – it quashed all hope they had – and almost certainly put the last nail in the coffin…  Tiger fielded brilliantly on one leg and the rest of the GP team contributed.

The rest of the innings seemed to fizzle out – much like the first 3/4 American pie films – Good at the start, I’d rather watch paint dry at the end… Mr Focused got 2, thanks to a snick to the Milky Bar Kid and a great catch in the deep from Craig – The skipper bowled some absolute filth and still managed to pick up 1. Evenley finished on 144 for 8 – 36 shy of a great first innings, on a pitch that was neither slow – nor 2 paced (sorry skip it wasn’t no matter how bad your shot was).

A win – 2 from 2 – let’s forget the first 9 – we’re still alive (shaun of the dead though we’re slightly more alert than zombies). Next week sees us play Greens Norton at Home – come on lads – lets scrap our way out of this!