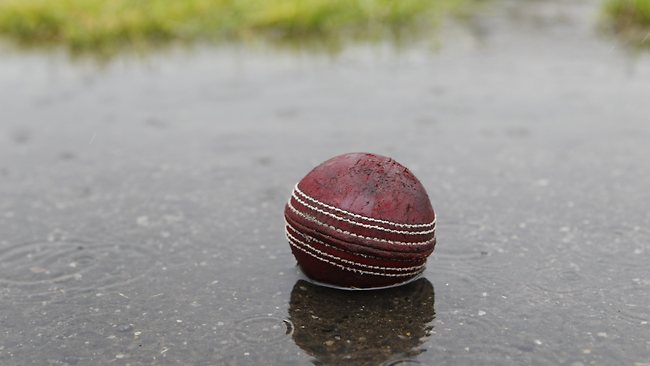 Excited does not begin to describe how I felt on Saturday morning – and at my age that is quite something. After a week off I had already finished the “tank top” I had been knitting for my grandson’s 50th birthday present – obviously in the Foxes colours. I was not going to let the rather “Jekyll and Hyde” weather dampen my mood – so after a good breakfast of All Bran I started to get myself together and head off toward the away teams venue. Some place in Northampton where a load of “Old” people play – I thought I may be able to get a game in myself for the beloved Foxes.

Alas this Old Northamptonian’s place was a bit of a let down and as for the pitch, well words clearly failed me, as they did for that new captain Steely – I saw him muttering to himself on the way back from losing the “Toss”. Not a good start, but I saw that nice man Robert offering to give him a hug – personally I would have given him a quick slap and told him to get a grip.

So upon hearing that the Foxes were first to bat I settled into my chair and got ready for the fireworks that would surely follow, given how well my boys have performed so far this season. I also understood from that boy they call “Shizzle” that Steely really wanted to win – probably because my little Tiger Tony had been on such a good run and he did not want to let him down or slow the momentum.

Well he need not have worried because it seemed that the ON’s pitch was going to do enough slowing up for everyone. We started with our 2 solid openers that young boy – Ben and the unshaven fellow Justin – who looked like he needed a good scrubbing. A slow and steady start was what we wanted and blimey did we get it – 5 overs in and the score was just the same – 5 runs. Goodness how I wished I had not finished my knitting so soon. While Ben and Justin were trying hard they just could not hit the skin off a rice pudding – although one lusty blow from Ben nearly made the boundary. Unfortunately in the next few balls Ben got a top edge and was on his way back and his walk was not so spritely for such a young fellow.

For a minute, there seemed to be some confusion, as Rocket Ryan told Steely that he needed to go in at 3 instead of 5. I later learned that this was their plan all along but that captain has a few things to learn – he called it tactics but its not the word I would have used if they had given me a game. It seemed that Justin and Steely were following their tried and tested plan of not hitting anything and staying at their own ends. Maybe they had fallen out – but at least after every over they met up for a chat in the middle. Honestly, as I had gotten up early I think this is where I must have had a mid-afternoon nap, because when I looked at the score again it was only 20 but 14 overs had gone. Finally with the change of ON’s bowlers and a bit of sunshine, things started to move. Steely and Justin made it through to 20 overs with the score on 63 – 1 wicket with Justin starting to open those manly shoulders and pick on the weaker bowlers. With the sound of some solid willow on leather that Steely finally woke up and started to hit their spinner for some boundaries.

Sadly that Justin lad took it a little to far when on 30 and those young ONs bowlers got their revenge with another wicket. In came the old captain Rob – who looked like he was off to give that new one a good talking to. Soon after the runs started to come a little more regularly – although a quick single looked as likely – as getting all 5 batting points. With the rate moving upwards I think the captain got a little ahead of his ability and a straight one cleaned him out on 35. This brought in the big Austrian (or is he Australian) lad they like to call Rocket. Well he looked like he had eaten raw meat for breakfast – and with only 10 overs or so to go its lucky he had. He and Rob set about swatting the ball to all parts of the ground and finally the rain had come. Unfortunately for ONs it had started to rain 4’s and most of their inner circle of fielders started to retreat towards the boundary with increasing haste.

Just as I started to warm to these fireworks Rob edged it – he said it popped – well obviously right into the hands of the fielder. I asked him if he was OK and he said he was 21 – although he does look a little older than that to me. By now the score was well on the way to 150 so I was starting to think the “unthinkable” – that we may indeed get maximum batting points. Although Steely said that with the remaining overs it was going to be “as tight as a Nun’s chuff” – he told me that was an Old Northamptonian phrase which meant it was going to be difficult. You would think he would have been more positive being in charge. As it turned out the next lad Alex was quite switched on and kept running “fast 2’s” so that the big beefy lad Rocket was facing the bowlers. Boy did he give them a good shellacking and with 3 balls left of the inning he was past 175 and on to an amazing 177 – 3. A brilliant score considering that pudding of a pitch, the turgid rate we started at and the fact that ONs seemed to think if the ball went over the boundary if was not a 4 if you moved the flag.

Still when that big beefcake Rocket came back to the pavilion with an unbeaten 67* it was not the only thing that came down – the rain followed in bucket loads. My poor boys, all that hard work, and a wet and soggy draw, the most likely outcome.

Steely said not to worry – a nice cup of tea, a chat with the lads and some scones   with cream and we will see how it all looks. Well it looked horrible if I am honest, nice cup of tea or not.

Rob suggested we start calling a bloke called Lewis to see if we could borrow his Duck – which is what you have to do when it rains a lot – apparently. It is all Greek to me – so I asked Justin “the Greek” if he could explain it but he did not understand either. Apparently Ben and Rob were going to do it if Tony Tiger could give them the right phone number on their mobiles. I don’t know what these kids do with their phones these days.

Anyway as it turned out Steely’s scones were right and the sunshine burst out. Before you knew it, the Fiesty Foxes were back on, all kitted up and ready to go. It transpired that Rob and Steely had a plan to get to 20 overs as fast as was humanly possible. Well I have never seen the Foxes move so fast and it was not long before the ONs were like rabbits in the headlights. Firstly “Ollie Ollie Sweet Trolley” got a fast shooter and removed their number 2 – not to be outdone Rob removed the number 1 with a beauty flicked down leg and taken very surprisingly by Steely who must have tripped over he went down so fast.

The bowlers kept up the rapid over rate with the whole team running from one end of the pitch to the other to keep up. Both newcomers for ONs were looking a bit non-plussed at this stage. Next came a top edge to Rob’s bowling, which looped high down leg side towards a sprinting “Olllie OST”. I know what your thinking and quite frankly – you are wrong – he took a blinding catch and now my Foxes were starting to look unstoppable.

The fielding was as good as the bowling, with major commitment from a busy Isaac, Ollie D and Alex all throwing themselves in the way of or chasing balls to the boundary. Turning 4’s into 2’s – it was great fun to watch. Even Justin took one in the nostril to ensure he got in on the act.

Still it has to be said that Ollie and Rob did brilliantly to bowl in 20 overs at a rapid rate while taking wickets regularly and undermining any batting partnerships that ONs thought they were going to get started. Their batting rate was so bad I think I might have to change my mind about Steely and Justin – or not. Both Rob and Ollie OST took another wicket each before they had a well earned rest at first slip and square leg respectively.

With all the excitement and effort going on around me I did not think it could get any better but then back into the “attack” came Justin “the Greek” and a new improved bowler called Ricky – although where he popped up from is a mystery to me. Well bless my cotton bloomers if Justin and Ricky did not start ripping into them straight away. Justin bowled a beauty – getting it to move 9 feet he said – and ripping out leg stump. I think he needs to work on his measurements more but I think his lady wife can put him straight on actuals. Not wanting to share Justin got another but he let Ricky catch it because they were such a good team.

This brought in a batsmen called “Ish” – played for the Foxes allegedly but must have been before my time – as don’t remember him at all. He started to try and bash it about a bit – but it turns out his name is a suffix – real name “RUBB-ISH”. Another Justin victim taken easily by Steely behind the wicket – who was not best pleased when he stood there instead of leaving “SHARP-ISH”.

By now the death bells were sounding for ONs but Ricky was still waiting for a wicket – which he well deserved – given he had been helping Justin out. Justin was on fire and could not control himself so took another with an excellent one handed catch from “Super Shizzle” – who pointed out it was only half a “Funnel” in case he dropped it. I think he was showboating but to be fair it was very exciting. By now I was almost exhausted with all the excitement.  However, one final moment beckoned, finally after a lovely spell of pure bowling effort that lovely boy Ricky bagged his first wicket in the match. Too much pace for the tail – ball skied high into the air – and yes would you believe it – right into the “Shizzle Funnel” with no half measures this time.

Job done – ONs all out for 75 runs. Steely said they were a nice bunch of lads so they deserved a point or two!! Although he was not going to give any of our 30 points after such a great game.

As for me I was shattered so packed up my blanket and foldaway chair and headed home for a couple of pints of Guinness – stout performance from the boys. What a day – fell asleep dreaming about Foxes eating rabbits with the Foxes sitting at the head of the Table.