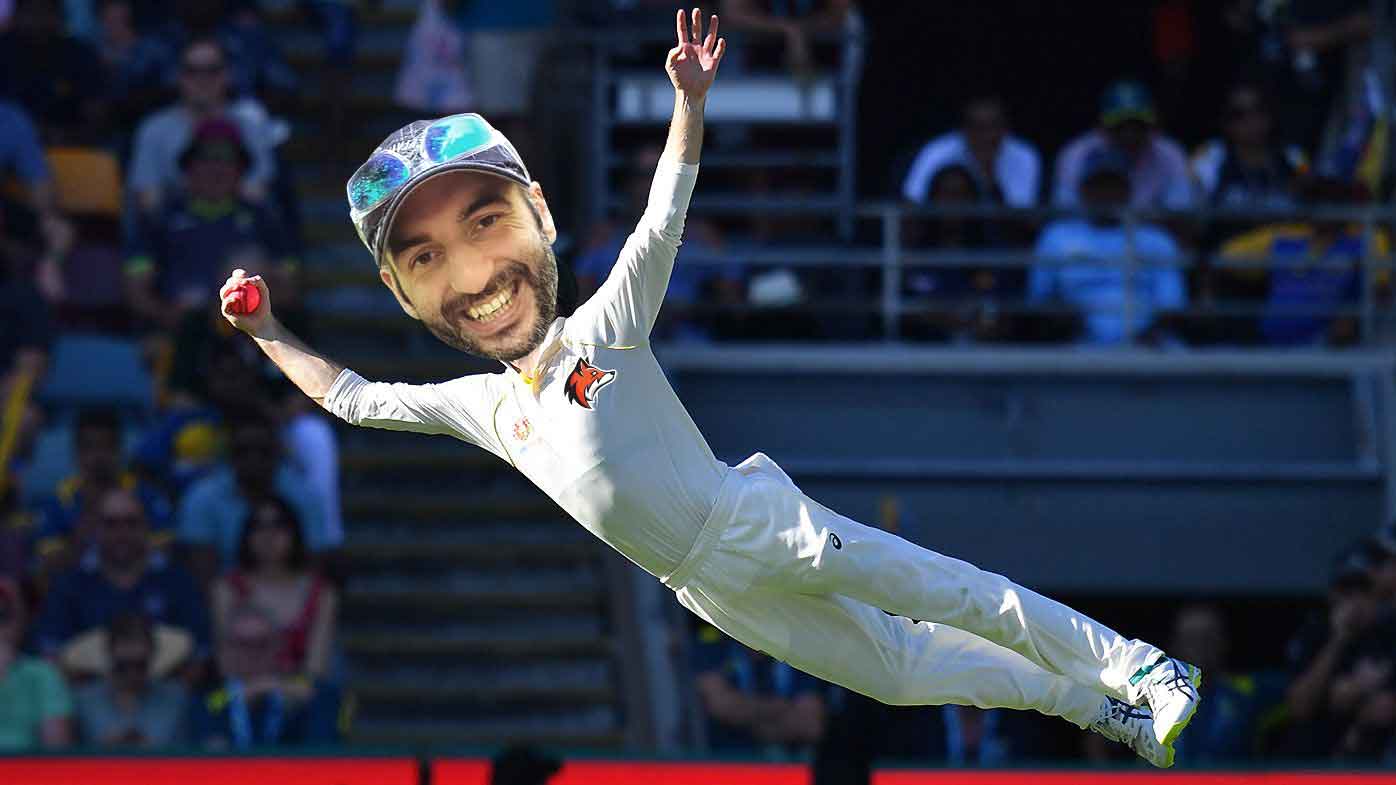 Good day my dear Foxes… (and, so I hear, those further afield).

Saturday was our first ever fixture against a Wellingborough Town side, and you boys packed me up all nice and warm and transported me over to a rather cloudy and dreary field in the middle of Higham Ferrers, the ground looked half decent, the square was damp despite the frankly insane temperatures we had earlier in the week. Tony (blaming Ana) called tails… and heads it was, GP to bat.

A couple of changes this week, the Steels jetted off to sort out ‘family’ business in Italy so RP (lockdown has clearly been extravagant) and Rayaan (his first ever GP league game) came in.

Just as you boys were about to head out I heard the skipper giving words of encouragement and warning against their perceived straight bowling (he’d been trawling through the stats don’t you know)… when the opening bowler proceeded to bowl 20 balls in his first 2 overs we were all left scratching our heads.

JB looking to kick start his season missed the first straight one they bowled in the 5th over and grumbled his way off (1), that brought Rayaan to the crease and despite looking assured and playing a couple of nice strokes he fell for 5 without troubling the scorers. JR (12) was the next to go, a nick to the late-arriving wicket keeper and GP were looking in a spot of bother at 39-3.

Jon (I’ve got an average of 42) Tiley was next to the crease, joining a now free flowing John Mason, they steadied the ship somewhat and put on 33 for the next wicket. JT missed a straight one though and fell 4 short of his regulation score of 14. Anand strode to the crease, and duly back again, GP staring down the barrel of a big telling off from their skipper with the score 73-5.

RP joined JM and 49 runs later (and a fair few balls missing in hedges, gardens, tennis courts, up sightscreens) John departed for a well made 65. Wellingborough wondering what might have been had JB gotten his finger out 20-20 runs earlier for what looked like an easy LBW decision, but their appeals were swatted away with “double noise” (it was, but that was the ball flicking both pads dead in front).

Jac too came and went without troubling the scorers bringing the skipper to the crease, eventually RP too disappeared for a handy 27 after a plucky catch from their midwicket fielder, Ollie Ollie Sweet Trolley bounded to the crease (with his earphone still in – listening to what we can now only assume was a Tony Robins motivational talk) to be with his captain and GP on 138-8.

I’m not really sure what happened next, I think it’s commonly referred to as the twilight zone? In his entire GP NCL league career young Mr Holmes has only ever scored 72 runs from 24 innings… Wellingborough have to wonder how they let the young whipper snapper amass 33 runs in just 26 balls, with a strike rate only just below that of JM. GP rocketed to 187 thanks to the skipper (15*) and OH, the only blemish on a handsome partnership was OH getting run out on the final ball, leaving JJ padded up and nowhere to go.

Now during the GP innings there was a fair amount of drizzle, but the heavens well and truly opened during the tea interval, thankfully you lovely lads put the cover on at half-time to ensure the wicket remained dry…

I lost track of time but I think around 2 1/2 hours (and some very interesting calculations) later – it was decided Wellingborough would be chasing 123 from 21 overs, this despite the puddles that had formed on the wicket from some rather large holes in their cover.

Anand and Jac were thrown the new pill and started off steadily, a few early plays and misses were followed by their opening batsman changing his trainers for something with a little more spike. A few overs in and Anand made the first breakthrough, bowling the dangerous Morris for 7.

In the 8th big RP came to the party for his first league bowl of the season, coming in off a shortened run-up he immediately troubled the batsman with an edge flying between JM and JR at 1st slip. Later in the over however Carter knocked one straight up in the air for Rayaan to take a very safe looking catch at mid-on.

Tony replaced Anand at the other end and fairly soon trapped the free-swinging Yousaf dead in front, their skipper (who was now umpiring) had no hesitation in raising the finger… though his team on the sidelines weren’t impressed.

Another for RP (bowled) and a scared looking catch from JT off TA’s Bowling and Wellingborough were well and truly wobbling, 5 down for around 70. JM took a nick behind off OH’s first over and Justin (the original opening fielder) took an absolute screamer off RP to dismiss Carter, diving high and to his right, hopefully, this is the moment that turns around his season.

Jac and Ollie finished off the last 3 overs and despite some lusty blows from Westley down the order, Wellingborough could only amass 100 from their 21 overs. GP stroll on, 4 wins from 5, and that takes us happily into the knockout stages with 9th place unable to catch us.

Good work foxes, I headed off for a well-deserved soak in a hot bath and had a wonderful night’s sleep dreaming of Ollie finding that extra 6 inches to clear the fielders and that catch from JB.