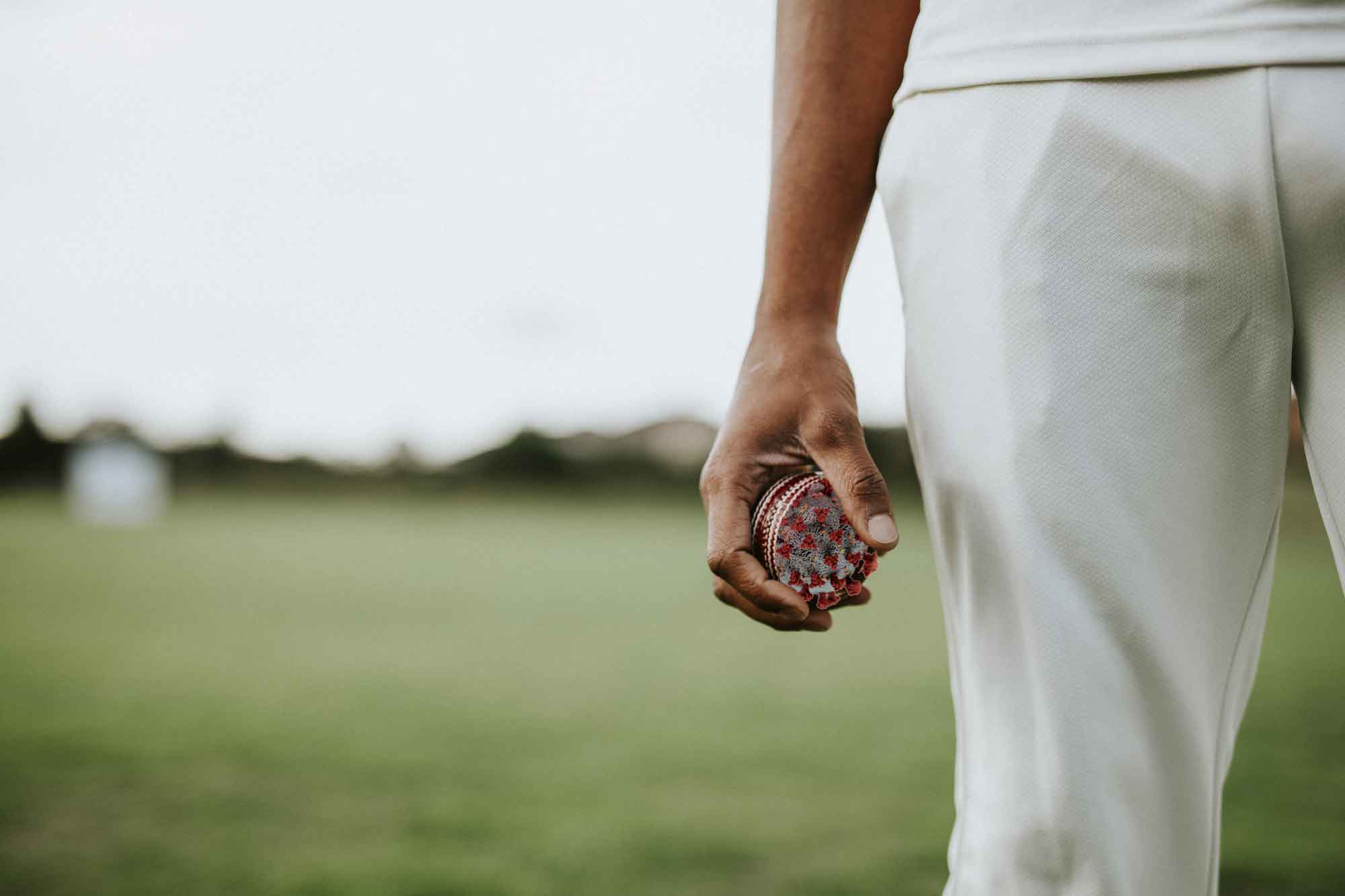 Did you miss me?  I know I have missed you..  Self isolation at my age is no fun and there are only so many times you can watch Miss Marple and Poirot, so you can imagine my joy when I heard you boys were having a “little knock about” this weekend and that funny Mr Johnson said I was allowed back out!

You know me by now, my pen is always at the ready so with two days of cricket, you get two for the price of one!

The Saturday inter-club friendly was a fun day with almost 2 innings per side. I heard the teams were split evenly, although upon reflection that looks suspect!

Jonny and JB lead their teams respectively, with Jonny wanting to bat and getting his wish.

Jonny opened with himself and Luca, with JR quickly favouring the bounce of the Astro and dispatching the ball to all corners and retiring on a quick hit 25+.  I have to admit, that I do normally consult the old score book to jog the memory, but the responsibility of scoring was left to Adams Jr and simply put – he balls’ed it up royally! So it’s a complete mess. What I do remember is the likes of Mr Mason, Luca, Ryan and Anand all looked in fine touch, scoring good runs or reaching the retirement score with ease. The tail also wagged, with Shizzle, Ali and Tony all coming and contributing, with a handful of runs each.  JJ was the only bat who came and went without scoring, falling to his 2nd ball from the Rickster.  Those who retired came back in and finished the innings off for a half decent score of 161.

A convenience break later and were into the 2nd innings. JB and Chris kicked things off, with Chris first to go, having gone for a walk and the quick hands of JM stumping him, for his trouble.  Michael was given a nose bleed, having been promoted up to No 3 and played a few nice strokes, which were unfortunately missed by his kids in attendance who were far too busy playing with all the broken glass on the patio. Unfortunately, MT got sold down the river by his skipper, when forced to a comically suicidal run with the ever so excited Anand, not missing the opportunity. Steely SR was up next and this is perhaps where the innings took a turn, as it was captain slow and captain slower at the crease. Despite it being a T20, these boys could teach the England Test top order a thing or 2 on how not to give your wicket away!  Both reached retirement age.. er I mean score, which then brought out OD, Riki and Sam and this is where it all got interesting.

First, it’s only fair to highlight that before losing his wicket – OD was going well. Then JR gave young Adams a go with the ball.  It’s fair to say the young lad has grown a bit since last season, his voice has deepened and a bit more muscle is seeing him bowl sharper than most might expect. However, the jury is still out on the “poodle” haircut, that waves at the batsman as he runs in.  Now, there were a few warning signs, when OD top edged a couple that flew to the boundary.  But these were not headed, and I should point out at this point, OD was not wearing a helmet! If anyone is going to take one to the face, 9/10 it’s the one player who felt brave and felt they didn’t need it. Lids are there for a reason!! Well for OD, luck ran out and a quick ball from JJ, saw a little more lift, a swipe from OD, another top edge and then full contact just about his eye/temple area. As you can imagine, Ollie went straight down and there was immediate concern for his well-being. I say immediate concern, that may not be strictly true. Ali watched the ball balloon up off Ollie’s swede and took the opportunity to run in to take the catch, which was watched with fatherly pride by Adams Sr, who upon the catch being taken went over to congratulate his boy on a “good ball”.  This was then followed by concern for OD and by the time he reached the gathering, JM was asking poor Ollie “how many fingers”, to which OD said he had no idea, as the sun was in his eyes. At this point, OD could still see but a nice egg was already growing on his brow. OD then asked if he was still in his crease, before being told he had been caught – just to kick him when he was down.

Once poor Ollie was taken care of, Ricki came in and then JJ took revenge by bowling him clean with his first ball.  Sam was in next and JJ found the mark again and picked up a hattrick! Adams Sr missed the accomplishment as he was off the pitch, helping young Jeri strap his pads on the right way round.

The rest of the innings passed with little incident, with the exception of OD, who by now had a cold compress on his growing eye and was treated to a rendition from Michael’s kids, who took great delight in holding a cricket ball to their head, running round singing “I’m Ollie, I’m Ollie”. JB’s team reach 114, by the end of the 20.

With Ollie now out the game and Chris having to depart, a friendly knock about then ensued with everyone getting a chance to bat and bowl, with much the same results.

Following on from Saturday’s inter-club friendly, the boys were back out again on Sunday but this time facing the young NSB boys.

While playing two days of cricket back to back, might have seemed like a good idea on paper (given the amount of cricket missed).  The stiff soles I saw on Sunday, would suggest otherwise.

With Adams Snr back in the captains chair, he and Ed Felton got on with the toss, with Ed calling correctly and choosing to bat (much to Rusty’s annoyance).

Annand and David were given the task of opening the bowling and I could quickly see that the NSB are clearly a batting team!

The youngsters wasted no time in tearing into our bowlers, punishing anything wide or straight! Poor David came off worse, still stiff from the previous day’s play and looking at the skip after 2 overs for some mercy, which was given.

The skip came in next and despite the umpires comments about nice lines and length, it didn’t matter much, as the youngsters went at everything and more often than not – connected.

To set the scene, the skipper went for 21 in his 3 overs and was the most economical of all the bowlers. Jac and Luca were the only 2, to bag clean wickets with the others all being stumpings.

Of the 7 batsman who faced, 6/7 had a strike rate of 100+ and 3 of those being 200+!  I think that might suggest it was certainly was a batsman friendly wicket.

NSB scored 223, which was a tall order for anyone to chase.

After their partnership from the previous day, skip chose JR and LS to begin the chase and in all credit to them, did find themselves ahead of the run rate a couple of times, with the predicted finish being 223 at one point. Jonny lead the charge, hitting some massive 6’s (9 all together) and 8x 4’s. Luca does, what he does best and nudged and nurdled the ball about for a respectable 46, before getting bowled and leaving GP on 182/1.  But with 2 overs left and a chase of 40 still needed, it was too much and possibly too late for John M, to come in and help out. Jonny then pushed for 2 that was never there, which was unfortunate given his previous shot should have been a 6.  However, poor field markings made it only a 1 and left him running to the wrong end and getting run out. With only one over left, Anand joined JM.  However, GP were 20 short by the end, finishing on 202 for 2, which is still a respectable score and great effort.

Certainly, one for the spectators and despite the result, I’m sure the lads enjoyed being back out on the grass again.  Even if that time was mostly spent, searching for the ball or watching JR wallop it around the park!

I hear the NSB boys are up for a rematch at the end of the season, so look forward to watching that and will bring my “hard hat” to be on the safe side.