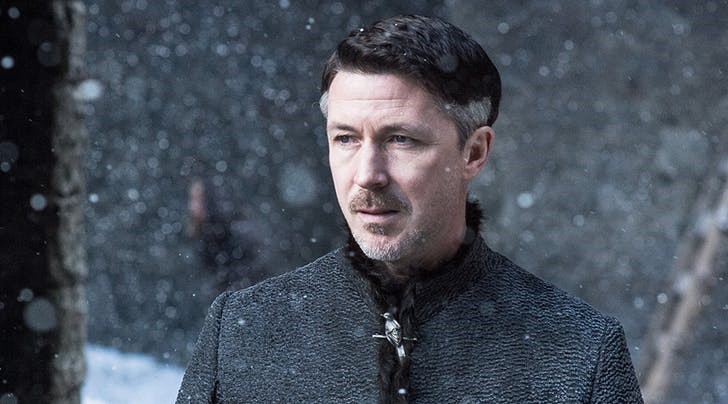 Well it’s me again! The arthritis in my fingers is taking a beating. I arrived at Harpole the home of St Crispin to find that the sun was beaming with only a few clouds in the sky, don’t know what that weather reporter on Radio 2 was talking about, thunderstorms? What a twit!

Having arrived at the ground goodness gracious there was a lot to take in. My poor Olly D was hungover, commando and had ketchup in his hair, what these kids get up to is beyond me. It was a good job the Shiz-Meister was on hand to provide some spare brown stained undies.

There was also Lord Baelish nervously pacing up and down (his first game back since his little incident), not sure whether he was worried about young Arya warming her bowling arm up or whether he was worried about his little finger. Big p****. The hunks of the team Ryan, Jonny & Pinny weren’t there but that hunk Rick was so that was enough to make me drool. Imagine all four of them there, I’d be drenched! (or they’d be, wink – wink)

The skipper then received a nerve wracking call to learn that my loving Ben was trapped in a cellar and will be late! What was he doing down there?!?!. The young’en Ollie-Ollie Bum Fluff Sweet Trolley then arrived in his hairdresser car, someone please get that boy a new car!

The time had come for the toss which tiger lost (shock) so GP were put into bat, much to Olly’s relief. The game was set and ready and all that was needed now was a scorer. Now usually the trusted Ollie-Ollie Bum Fluff Sweet Trolley (aka OOBFST) would take charge, but he just revealed he can’t score as he’s batting at number 5! Yep that’s right……number 5! I nearly had a stroke, there was silence in the ground. Poor kid had blood gushing out of his nose he was that high in the order. It was a big day for him! believe me, he reminded us every 10 minutes after that.

To take guard was my old flame Steely and Little Finger on something the opposition called a “wicket”, I think the groundsman must’ve have been out with Olly D the night before. Anyhow the game commences with Little Finger and Steely struggling to read the ball due to the uneven ground, a few (a lot) big-swing-no-dings from Little Finger but my boys were trying their best. I was proud of Baelish for surviving those four overs from Arya.

Some overs had passed by and Ollie-Ollie Bum Fluff Sweet Trolley was on his 100th reminder to the team about batting at 5 and how nervous he was. Rick was very sympathetic by not listening.

Anyhow my loving Ben rocks up all pale and scared from the cellar incident, apparently something about a treadmill getting in his way. I was just glad he was ok.

After some grinding it was sexy Steely that took the first blow with an LBW, young Cinquecento wasn’t impressed with his father’s footwork but he finished on a very hard earned 13. Into the crease came Big A Kumar.

20 overs had gone which meant drinks, the boys were 55-1. A short while before I overheard Rick telling Ben that by drinks it will be a good score if we’re on 50-55. He defiantly knows his cricket this one. Now it’s game on and time for GP to push. Big A and Little Finger playing some lovely shots around the field. Arya now using one of her many faces took claim to Little Finger’s wickets. A dashing 38 runs in his comeback game, well done! Big A soon followed afterwards with a lovely 19 after being caught.

OOBFST was demoted to 6 meaning my experienced loving Ben and young Cinquecento took the reins. Both players hitting marvellous shots in the field, but it was young Cinquecento that was bowled by extremely slow but apparently straight ball.

So now it was time. The man, the myth, the scruffy Ollie-Ollie Bum Fluff Sweet Trolley to take his turn and establish himself as a high order batsman. He’d been padded for a while and was practicing that defensive block numerous times. This was his time to show us what he can really do. In he goes with his bright pink neon hat (thank god he left the aviators off) to get his pep talk from Ben. Ben told him exactly where the ball would be pitch, turn and what shot to play, it was simple cricket. The GP bench was silent. OOBFST takes his guard and waited for the slow ball to be delivered. Everyone watches on…………………………..he stands up straight………………………winds that bat back………………………………UNLEASHES!

In then comes hunky Rick a more established batsman who had to dodge a missile from Ben to only be sent packing on the last ball of his first over for another duck. In next was the Kiwi Magic Manik Fernand-lad who wastes no time in getting settled and smashes one to the boundary. Ben after a superb innings adding another 38 to the scoreboard decided he got bored and got himself caught out, but an awesome contribution!

The Shiz-Mister then fancied ago after his previous heroics the other week to only be caught behind for 1. Very questionable whether there was bat and ball. Olly ‘Heinz’ Davies came in for a quick 2 runs who was seen off shortly afterwards. Tiger then came in for the last ball of the innings to make a quick single. End of the innings and GP set a target of 162.

After some lovely tea and mouth-watering scones GP headed out into the field with the self-elected  vice-captain OOBFST, who was reminding the team to be tight on all singles “blah-blah-blah”. Opening the bowling was Tiger and the Kiwi Magic and within just a few overs OOBFST flutters in the field and had to be hidden.  What was that about being tight on singles?

Facing the Kiwi Magic’s pin-point missiles was a young pup who was doing incredibly well to not soil himself. St Crispin clearly came out with a game plan to see how many balls they could block out, but what can you do with precision bowling from both bowlers. Dot balls galore!

Many overs, many yawns and many bloopers later from OOBFST it was the Kiwi with his blistering pace to rip the batman’s stumps out, finally some action! In comes St Crispin skipper who was rather cocky in the first innings even after dropping a few dollys (one straight into his crown jewels), but Baelish smelt blood and decided to give him a bit of stick and a taste of his own medicine. The batsman was clearly rattled by Baelish’s sledging and his first delivery from the Kiwi, but he couldn’t handle the second as another wonder ball from the Kiwi gets him out for a beautiful wicket-maiden.

In came a greasy haired spaniel with a top knot, back in my day he’d be thrown into the stocks for that ridiculous hairstyle! Tiger had taken a break to allow OOBFST have a go and he didn’t get off to the best of starts but soon found that line and length we all recognised. Finding his groove, he deservedly got the spaniel out but his cage was rattled by OOBFST audacious (embarrassing) celebration. This resulted into the spaniel dropping the C bomb to OOBFST who tried responding with a hard man approach was put in his place by my loving Ben and the skipper. It’s obvious why the spaniel was dropped from their 2nds.

With St Crispin not knowing how to strike a ball off the square it was safe to say the Foxes were in full control. Just before he suffered from cramp, the Kiwi Magic claimed yet another soul in his ninth over finishing his spell with astonishing figures of 8 runs and 3 wickets. OOBFST rounded off his spell with 10 overs 27 runs and 1 wicket, just in time for Tiger to have another go. Delivering a short-ish ball was thumped by the young Sachin Tendulkar to then only be stopped by Little Finger who was fielding in close. I say stopped but it was actually a drop, bottle job. Saying that if he hadn’t stopped it then his face would’ve transformed into Sloth from the Goonies (slight improvement if you ask me). Whilst this all happened the young opener who was still in decided to go for a single which was never there, Tendulkar stood his ground whilst the foxes claimed a very easy run out.

Replacing the injured Kiwi was big A Kumar who’s just as quick gave the batsman a hard time. Bowling a solid 9 overs finished with 16 runs and 0 wickets whilst Tiger went for 10 overs 17 runs and 1 wicket.

As always before he gets a hissy-fit, Little Finger was handed the ball to deliver a couple of loopers and what do you know he claims a wicket after the ball is looped to the Shiz-Mister’s hands who was pleased to have something to do in the game. Second over in and Little Finger claim’s another one as the ball was sent to the one and only Ollie-Ollie Bum Fluff Sweet Trolley who held it!! He finishes with 3 overs 3 runs and 2 wickets right before he decides to mount his horse (mum) and leave with one over spare, something about urgent business in the north, but I’m sure he just wanted to get away from Arya before she took her revenge.

And there we have it, after a very sleepy innings from St Crispins, who managed 78/8.  My sexy Foxes won by 83 runs.